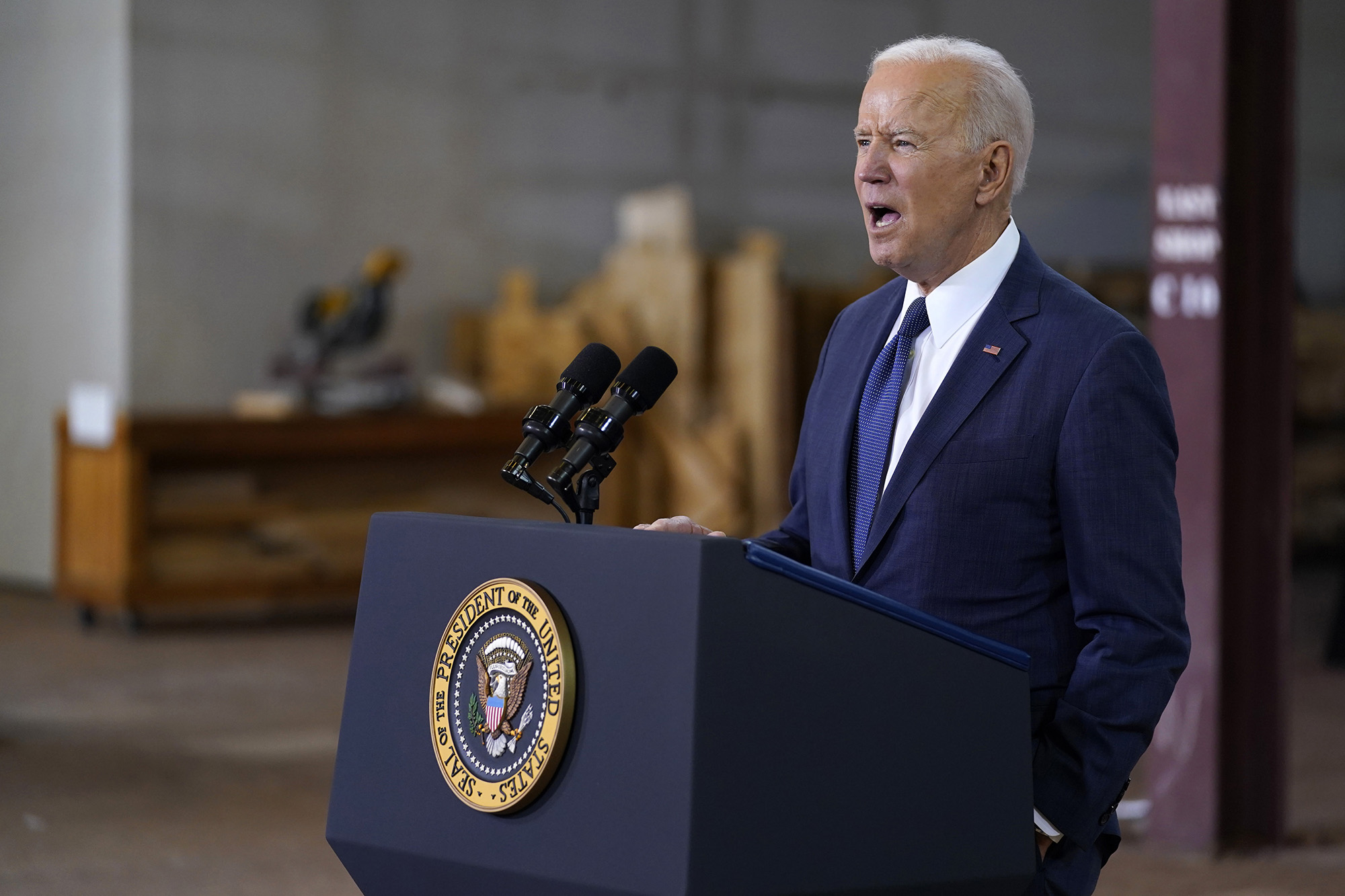 “It’s not a plan that tinkers around the edges,” President Joe Biden said Wednesday in Pittsburgh of his $2 trillion “American Jobs Plan.” No freaking kidding: It’s half of his master plan to utterly remake the nation in the name of recovery from the pandemic.

America is reopening thanks to vaccines developed in record time, and the economy is all set to return to the pre-COVID boom. Rather than get government to get out of the way as everyone gets back to work, Biden aims to spend unprecedented sacks of cash to grow the government and let Democratic interest groups gorge.

Step Two, his “American Families Plan,” drops in a few weeks with another $2 trillion in spending. This comes on top of his $1.9 trillion so-called “COVID relief” package — and the $4 trillion Congress OK’d last year, a quarter of it still unspent.

“This is the moment to reimagine and rebuild a new economy,” the White House says. Why, other than the fact that Democrats think they can get away with it?

The nonpartisan Congressional Budget Office said in February — before Biden’s first big bill passed — that the economy will reach its previous peak by mid-year, no new federal cash baths needed.

But then, Biden’s proposal isn’t about letting Americans get back to building their own lives. It’s not even actually an American Jobs Plan, it’s a con job to sell America on central planning.

As for the infrastructure that’s supposedly at the plan’s center: Even the White House doesn’t pretend that more than a third of the money would go for roads, bridges and so on, and it could be as little as 5 percent.

The biggest single part of this is actually $400 billion for more and higher-paid home-care workers. Why? Well, Biden says such workers, mostly women of color, have been “unseen, underpaid and undervalued.”

In fact, the White House boasts that this plan uniquely “prioritizes addressing long-standing and persistent racial injustice.” What, that’s what the last election was about?

By the way, what does it even mean to target “40 percent of the benefits of climate and clean infrastructure investments to disadvantaged communities”? Apparently, per the White House, it involves making the imagined “new jobs created in clean energy, manufacturing, and infrastructure” somehow “accessible to women and people of color.” Quotas, anyone?

Biden also aims to revive dying private-sector unions, with items like $10 billion for a “Civilian Climate Corps” with “good-paying union jobs,” with workers “advancing environmental justice” — whatever that means.

This may be the dream of a certain House member from The Bronx, but it’s failed before: The National Bureau of Economic Research found that only 15 positions were created for every $1 million spent on “green jobs” in the Obama 2009 stimulus.

Biden pretends only those at the top were doing well pre-pandemic, “but everyone else was falling behind.” No: Employment rates for blacks, Latinos and other minorities were at record levels, with major pay gains.

And the tax hikes he says will (mostly) pay for his plan will override the Trump policies that produced that working-class boom.

The nation will pay a huge price if Biden somehow gets away with this turkey.