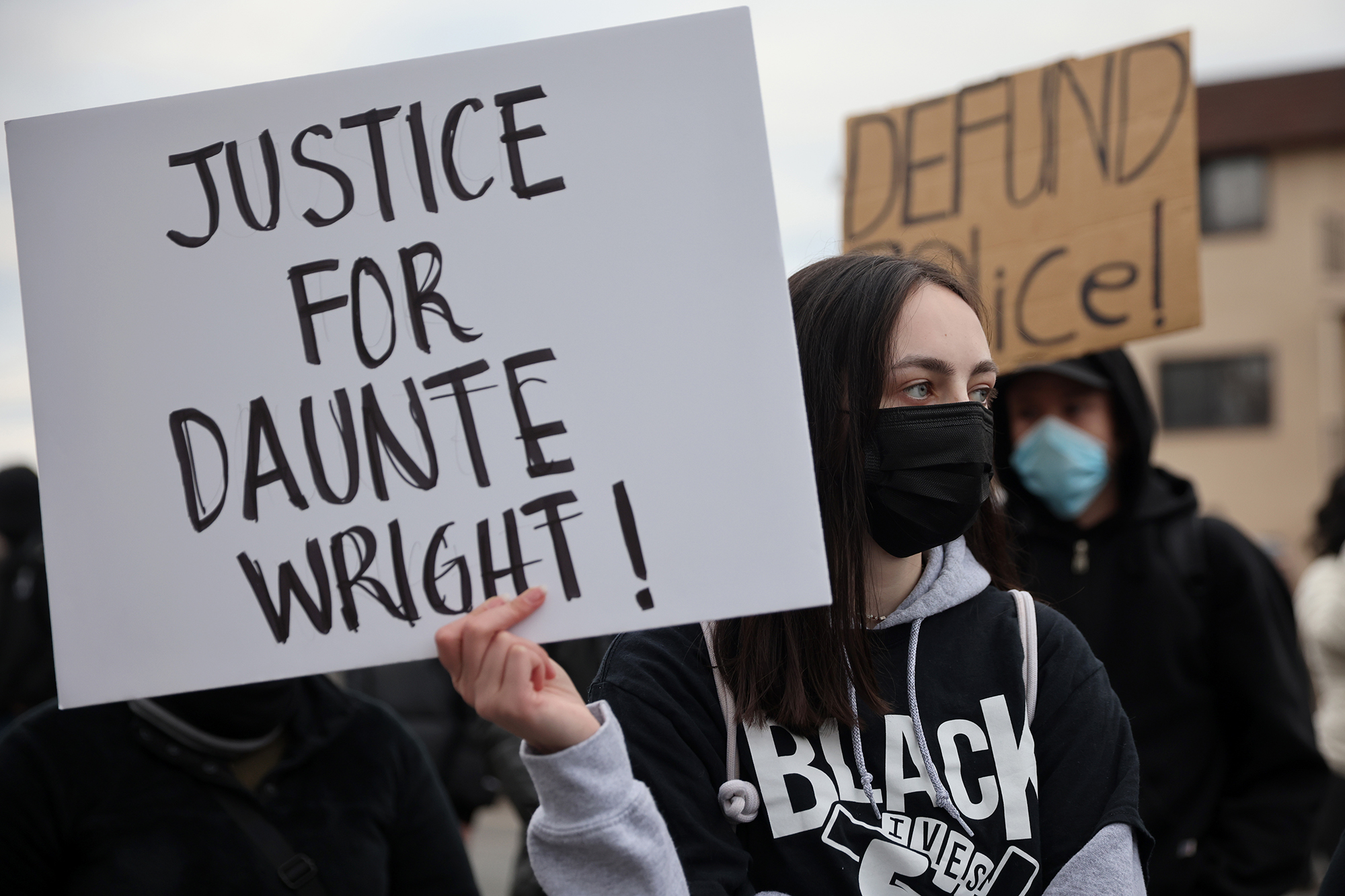 The Issue: Media and politicians’ reaction to the police shooting of Daunte Wright.

Thank you so much for Wednesday’s editorial. It was exactly on point (“Fanning the Flames,” Editorial, April 14).

Thank you for saying the clear truth that so many are afraid to say or print.

Yes, it is terrible what happened to Daunte Wright, but the facts are the facts. It has nothing to do with politics or race.

People should actually educate themselves and not be fooled by the slanted media and politicians who have their own rotten agenda to ruin our country.

Rushing to judgment does little to calm the tensions in our country.

Duante Wright should still be alive, and his death is a tragedy. Why did he struggle with police? Why did he have an outstanding warrant for possession of an illegal firearm? Why did he disobey police orders and get back in his car?

If he did not struggle with police, and had he appeared in court for the illegal-gun charge and had he obeyed police orders, would he still be alive today?

The reports that I have read point to an officer who used excessive force, causing Wright’s death, and the courts should decide her fate after due deliberation.

She should not be tried by the media or elected officials.

Wright’s mistake was resisting arrest and trying to flee.

From what has been revealed to the public, there is no reason to believe that the police officer in this case was racially motivated or deliberately used her service revolver — this was clearly a tragic mistake.

The greatest tragedy is that it could have been avoided, if instead of demonizing our police officers as bloodthirsty racists, we instead taught people to never resist arrest or try to flee from a police officer.

We need to teach our children to always comply with the instructions of a police officer. As long as prudence and common sense are ignored and instead fear is taught, we are setting ourselves up for future tragedies such as this one.

If this tragedy teaches us anything, it is that we are all flawed and capable of making a horrible mistake with fatal consequences. Everyone is so quick to judge this officer and crucify her for her fatal mistake. This wasn’t racist, and it wasn’t intentional.

This knee-jerk reaction and rush to judgment and destruction is beyond disproportionate to the situation.

I will never understand how destroying, stealing and burning down your community is justifiable retribution.

Officer Kim Potter made a grave mistake and will live with this for the rest of her life. She admitted to her mistake and is now being tried in the court of public opinion. We have a justice system and Officer Potter is entitled to due process, whether you like it or not.

As your editorial notes: Rhetoric from elected officials regarding the unnecessary, and devastating, shooting of Daunte Wright by an officer of the Brooklyn Center Police Department has caused rioting and looting on businesses and residents of that city.

The governor of Minnesota and “The Squad” in Congress have incited the mobs to destroy the city. Such rhetoric is totally inappropriate, and should be condemned by all.

It is time for our elected officials to think twice about the fact that words have consequences before they open their mouths and stick their feet in them.

The media and protesters are beating the drums for convictions of police officers who have shot individuals who resisted arrest. They’re demanding street justice, not legal justice.

These police officers are guilty based on the rules of the mob, not the rule of law. Public officials should not bend to public pressure as a replacement for the rule of law under the guise of maintaining stability.

Want to weigh in on today’s stories? Send your thoughts (along with your full name and city of residence) to letters@nypost.com. Letters are subject to editing for clarity, length, accuracy and style.