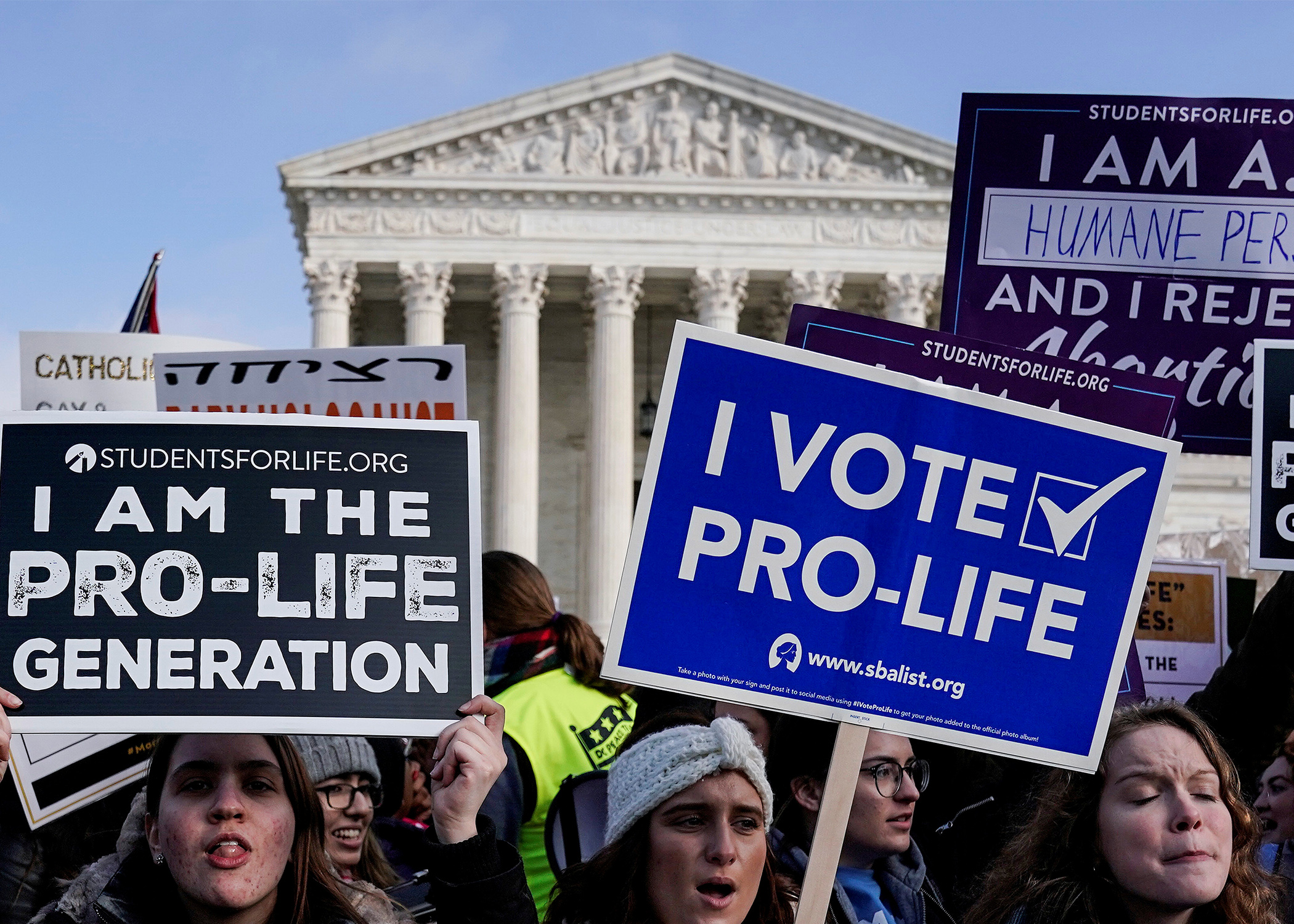 If you aren’t a law professor or one of a tiny circle of Americans with a sinecure at a right-wing think tank, you probably haven’t been following the new civil war on the religious right over abortion. Yet the episode casts a cold and revealing light on the disconnect between the social-conservative base and the movement’s DC elites.

John Finnis, a retired professor of law at Notre Dame and something of a grey eminence in the movement, suggested recently that abortion is prohibited by the 14th Amendment to the US Constitution, which states that no person shall be deprived of “life, liberty or property, without due process of law.”

If enough Supremes buy that argument, the next time Roe v. Wade comes up for review, it would be declared unconstitutional, period, rather than being kicked back to the states, leaving the practice legal in blue locales.

The response has been horror and outrage. Not from liberals, mind you, who for the most part have ignored the controversy — but from other pro-lifers, especially in the legal profession.

This is because Finnis’ reading of the Constitution goes against the preferred legal strategy of the conservative movement, known as originalism. For all their reputation as solid righties, originalists view the Constitution as a morally neutral instrument that could permit abortion, just as long as it’s voters, rather than “unelected judges,” who legalize it.

As far as I can tell, the leaders of the pro-life movement agree with Finnis’ critics. But not ordinary pro-lifers, who don’t have opinions about judicial philosophy.

Women don’t stand in freezing cold with their toddlers outside Planned Parenthood in Kalamazoo, Mich., near where I live, because of law-review articles. They don’t vote for the GOP because they agree with senior fellows at think tanks they’ve never heard of. For all they care, five justices on the Supreme Court could quote the lyrics to Bonnie Tyler’s “Total Eclipse of the Heart” as long as their ruling banned abortion for good.

I am only half joking. Liberal justices routinely substitute meandering prose poems and windy phrases (“marriage embodies a love that may endure even past death”) for legal reasoning, as former Justice Anthony Kennedy did in Obergefell, the case that legalized same-sex marriage. Unlike originalist conservatives, liberals don’t fuss about philosophy, which is why they have been so effective.

Since the Obergefell decision, same-sex marriage has gone from unthinkable to settled forever. Somehow, I doubt that those on the winning side care that the framers of the 14th Amendment would have been horrified by the implication that the Constitution has anything to say about same-sex marriage.

Conservatives, by contrast, have been fighting with one hand behind their back for decades. Even when they hold a minority on the high court, lefties show immense political imagination about what can be achieved; the right, meanwhile, proceeds tepidly even with a 6-3 majority.

This is why other pro-life legal scholars, such as Adrian Vermeule of Harvard Law School, have suggested abandoning originalism. For those who believe that abortion is an evil comparable to slavery, moral principles should matter more than narrow interpretive methods.

But Finnis isn’t even suggesting that pro-lifers should give up on originalism. In fact, he believes that originalism gives pro-lifers an argument that would end legal abortion nationwide.

What ordinary pro-life voters think about all of the sides in these arguments is best summarized by Al Davis, the legendary owner and general manager of the Oakland Raiders, whose famous motto was “Just win, baby, win.”

This wasn’t empty coach-speak. What Davis meant was that tactics didn’t matter, only the outcome of the game. Politics, like football, requires tactics to be re-assessed constantly in response to changing strategies by the other side, conditions on the ground and a million other factors. Just as Davis moved in the 1980s from his preferred deep passing attack to drafting great running backs like Marcus Allen and Bo Jackson, pro-lifers are happy to get behind any legal philosophy that furthers their goal.

Instead, they are left feeling like frustrated fans rooting for a team whose coaches would rather lose on their own terms than adjust the game plan.

Matthew Walther is editor of The Lamp magazine.