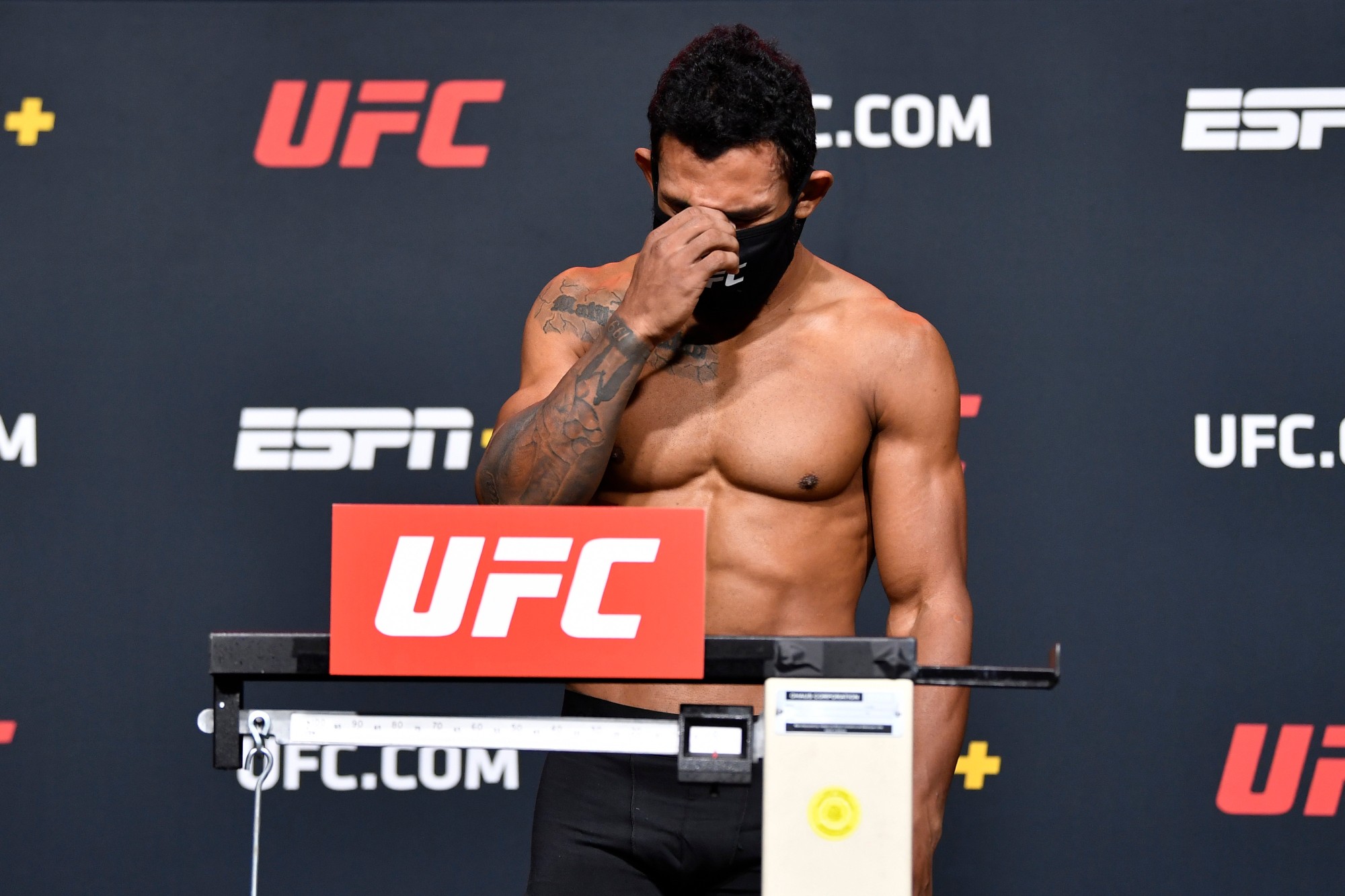 He didn’t just miss weight — he didn’t come anywhere near the needed number.

The UFC fighter weighed in at 157.5 pounds — 11.5 pounds over the mark — for his scheduled featherweight bout against Patrick Sabatini. As a result, the fight was removed from Saturday’s UFC Vegas 19 card.

It’s the biggest weight miss in the sport’s history. He would have missed weight if he were fighting at lightweight, the next division up.

Alves apologized on social media, writing on Instagram that he was ill during his attempt to make weight.

“Guys, I fell ill during my weight cut and my fight was cancelled,” he wrote. “I’m sorry, but my health above everything.”

Anthony “Rumble” Johnson held the previous UFC record for missing weight when he was 11 pounds over for his fight against Vitor Belfort at UFC 142 in January of 2012. Johnson weighed in at 197 pounds for the middleweight fight. He was supposed to be at 186. The match went on and Belfort won via first round submission.