There shouldn’t be a double standard for law & order: Devine 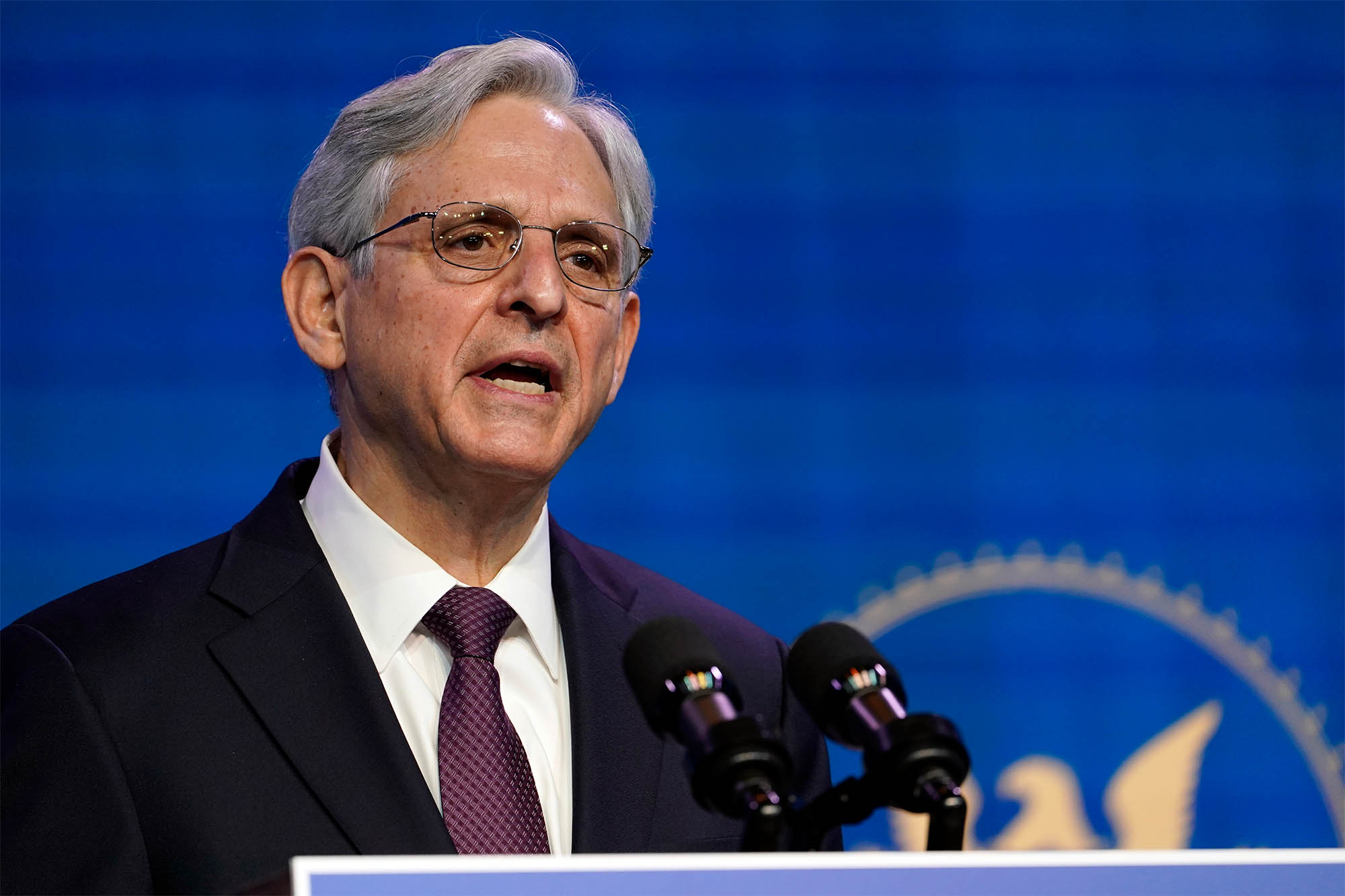 In his confirmation hearing Monday, attorney general nominee Merrick Garland plans to tell the Senate his priority is domestic terrorism, and that he personally will supervise the prosecution of what he calls “white supremacists” who stormed the Capitol.

It is disturbing that Garland is embracing the rancid lie that the Capitol riot was racially motivated, an uprising by “white supremacists” which rivalled the Islamist terror attack of 9/11 in which 3,000 people were slaughtered.

This is Speaker Nancy Pelosi’s narrative, which she has driven with escalating hyperbole until it no longer resembles anything that happened on January 6.

Every Republican has condemned the riot. At least 140 Capitol police were injured that day, including one officer who lost an eye, and others with brain injuries, according to police union chief Gus Papathanasiou.

What happened was bad enough without the lies.

No one is fooled by Pelosi’s feigned defense of law and order as she totters around the House in high dudgeon, as if she hadn’t already trashed every norm of American politics, using Trump’s unorthodox personality as an excuse.

She crossed the Rubicon at the State of the Union last year, when she dramatically ripped up President Trump’s speech as she stood behind him.

That single act of desecration incited more anger among conservatives than anything Trump had to say.

“When she tore up the state of the union, they started this war,” says a relative of Richard Barnett, an Arkansas 60-year-old jailed over the riot, who placed one foot on what he thought was Pelosi’s desk in an act of reciprocal disrespect.

Pelosi has no problem with violence, either, as long as it furthers her aims: “I just don’t even know why there aren’t uprisings all over the country. And maybe there will be,” she said in 2018 when railing against Trump.

“People will do what they do,” she said at the height of the BLM-Antifa riots last July, when rioters ripped down a statue of Christopher Columbus and threw it in Baltimore’s Harbor.

Of course, when you point out the hypocritical double standards of Pelosi and Joe Biden and Kamala Harris during last years’ riots you are mocked for “whataboutism.”

But it matters. The Dems spent seven months fanning the flames of left-wing discord and violence. Then, when the worm finally turned, and right-wing violence flared one day in Washington, they morphed into law and order hawks scouring the country for unrepentant signs of conservatism.

Almost everyone arrested around the country remains in jail over the riot, even if they committed no violence, have no criminal record, have stable jobs, are retirees or a mother and son duo.

The only person released without bail is a left-wing anti-Trump activist, John Sullivan, who prosecutors say encouraged the violence that day, and was rewarded with $75,000 by CNN and NBC for his video footage.

The aim is to bankrupt and destroy Trump supporters, most of whom can’t afford the legal fees. While top DC law firms raced to defend Guantanamo Bay inmates pro bono, the Capitol rioters are on their own.

Having encouraged them to come to his “wild” DC rally January 6 on the promise that Biden’s victory would be overturned, Donald Trump has abandoned his jailed supporters.

No one in Trump-world has offered to contribute to their legal fees from the millions of dollars his PAC collected after the election.

MAGA will have its day in court eventually, after months in jail far from home, unlike the thousands of violent anarchists who created mayhem from coast to coast last year, injuring thousands of cops, burning down police stations and destroying small businesses.

Most BLM-Antifa rioters were released without bail and had charges dropped.

In New York more than 400 rioters and looters arrested in June were freed without bail.

In Washington DC, in June, almost everyone charged with felony rioting was released from jail and later had the charge dropped.

In Pennsylvania, when one judge set bail for rioters at $1 million, he was intimidated into reversing the decision after a mob marched on his house.

In Minneapolis, where it all began, anti-cop rioters were rewarded, as they were in New York, when the city council voted to defund the police. The city since has descended into hell of crime and disorder.

As for Portland, Oregon, charges were dropped for 90 percent of rioters arrested in September’s anti cop violence. One 23-year-old charged with attempted murder, arson, possession of a destructive device, and rioting was released on a $1,000 bond.

Seattle was as bad. Mayor Jenny Durkan lauded the lawlessness that would lead to the fatal shooting of 19-year-old Horace Lorenzo Anderson in July as a “summer of love.”

These were the deadly protests Biden benignly described as “peaceful” and Harris said are “not going to stop . . . and they should not.”

Yet after a few hours of madness one day in January, every Trump supporter in the country is to be treated as if they flew a plane into the World Trade Center. They all are under suspicion for what Biden said last week was “the greatest threat . . . in America: domestic terror.”

He also smeared “former military, former police officers” as responsible for “the growth of white supremacy.”

Fine. If Biden has decided we are to become a zero-tolerance law and order nation, there are advantage in a crime-free society if you don’t mind writing off everyone who makes a mistake.

But in reality, we are doing the opposite, creating a two-tier justice system that punishes only the political enemies of the left.

It’s as if the Dems want to create a class of people with nothing to lose.

“I wake up every morning, look at Jill, and say ‘where the hell are we?’”

That I can well believe.

Prince Harry and Meghan Markle, are living in magnificent exile in LA, having jettisoned the British monarchy due to the constrictions of living in a royal fish bowl. But if privacy is what they crave, as they keep insisting in scolding press releases and lawsuits, why do a tell-all interview with Oprah Winfrey, of all people? The Queen is not amused.