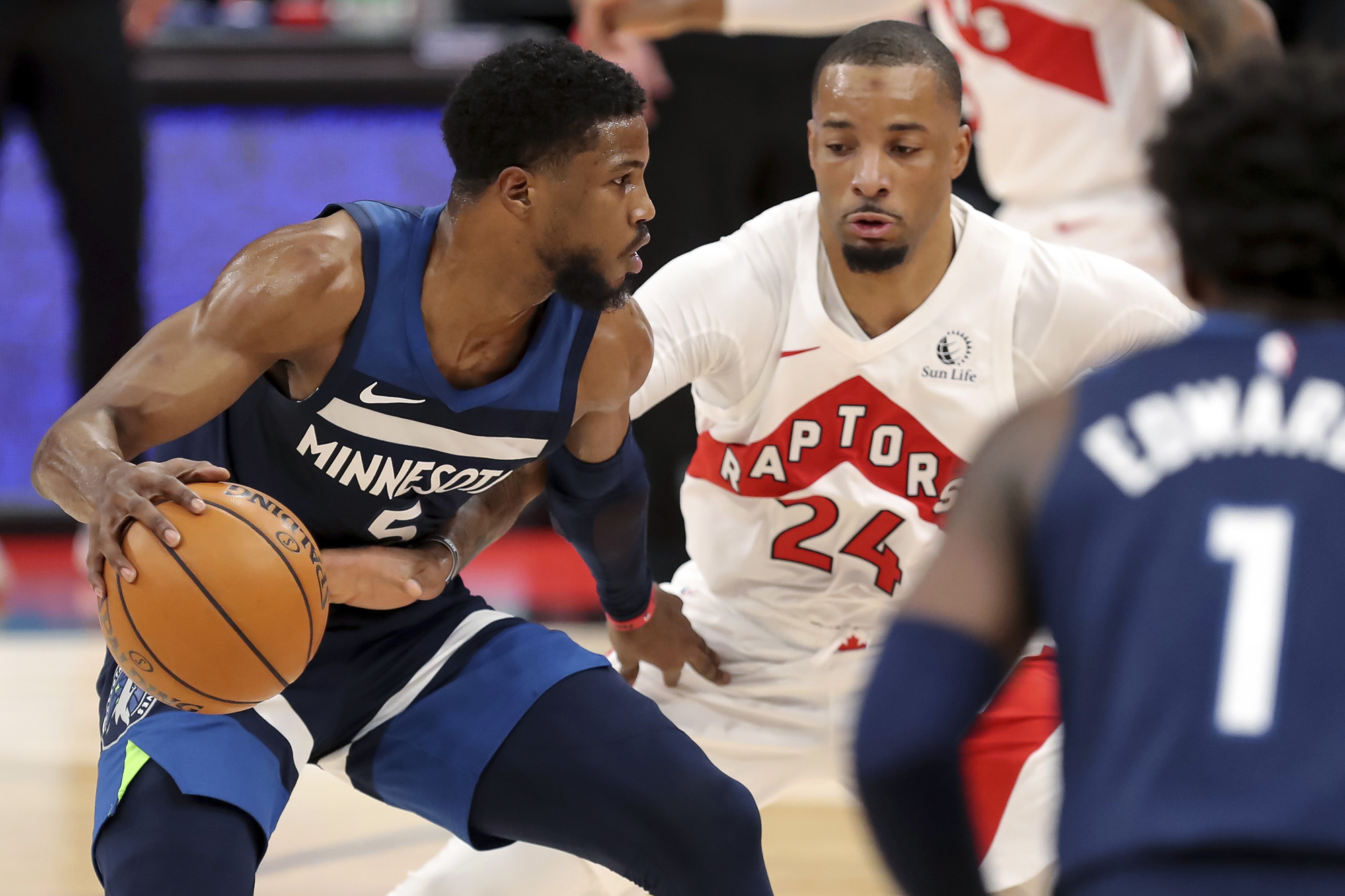 MINNEAPOLIS — Minnesota Timberwolves shooting guard Malik Beasley has been suspended for 12 games without pay by the NBA for his recent guilty plea to a felony charge of threats of violence.

The league announced Thursday the punishment, which will begin with Minnesota’s game Saturday at Washington. Beasley is eligible to return March 27 against Houston.

Beasley, in his fifth NBA season, is averaging a career-best 20.5 points.

He was sentenced earlier this month to 120 days in jail for the Sept. 26 incident, when he pointed a rifle outside his home in suburban Minneapolis at a family on a house-hunting tour. Police later found weapons and marijuana in the home.

As part of Beasley’s plea deal, prosecutors dropped a felony fifth-degree drug possession charge. The Hennepin County Attorney’s Office said Beasley can serve his stay in the workhouse after his season is over; COVID-19 precautions could require the county to release him on electronic home monitoring for the duration of the sentence.

Speaking at his remote sentencing, he said, “I am not that person. I humbly apologize for my actions.”

Timberwolves president of basketball operations Gersson Rosas, in a statement distributed by the team, said the organization fully supports the NBA’s decision

“As we work together with Malik to advance his development as a player and a person, we look forward to seeing his growth,” Rosas said.