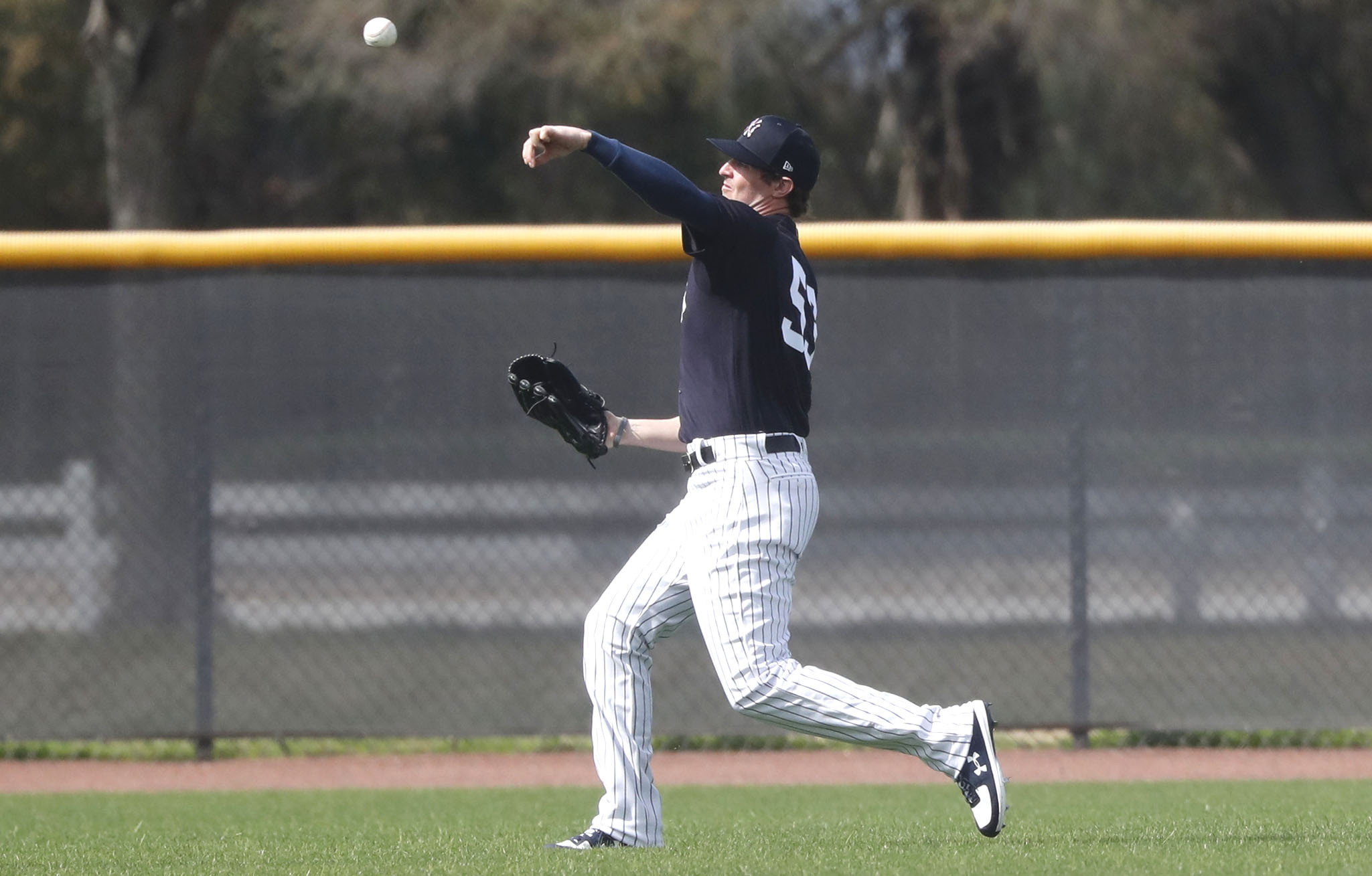 Zack Britton said Thursday he wasn’t happy Domingo German is still a Yankee, and he later took to Twitter to double down on that point.

The 33-year-old veteran, who is the team’s player representative, responded to a profane fan who tweeted that he shouldn’t have talked about German’s situation without knowing all the facts and to “STFU and pitch.”

“Hah you think I don’t know the circumstances?” Britton tweeted. “Get a clue bud. Was asked the question BTW, gave my answer. Don’t care if you are sensitive to it.”

The 28-year-old German — who is battling for a spot in the Yankees’ rotation— is still with the Bombers after serving an 81-game Major League Baseball-mandated suspension for violating the league’s domestic violence protocols.

Earlier, Britton told The Post he didn’t expect an explanation from German, but didn’t sound happy that he has to play on the same team with him.

“I think sometimes you don’t get to control who your teammates are and that’s the situation,” Britton said. “I don’t agree with what he did. I don’t think it has any place in the game or off the field or at all.”